Former Ukrainian Prime Minister Yulia Tymoshenko, recently freed from prison by Ukrainian coup leaders and who remains the darling of neocons and bogus Democrats alike, may be known as a stalwart for the West in some countries but in her native Ukraine, she is known for harboring and giving sanction to a large child pornography industry.

WMR’s continuing investigation of the reported “suicide” of Tennessee Republican Lamar Alexander has uncovered major links to Ukraine, particularly during the rule of Tymoshenko, who was jailed for corruption by President Viktor Yanukovych.

During Tymoshenko’s rule, successive international investigations of child pornography pointed to Simferopol, in Crimea, and the Artek International Children’s Center in the same Ukrainian-ruled but Russian majority autonomous republic, as virtual photo and video factories for the global pedophile market. Tymoshenko’s Economy Minister, Sergei Terekhin, was under investigation in 2009 for sexually abusing children at the Artek children’s camp. Now that Russian troops have taken control of Crimea, there is no word on how the child pornography industry, formerly linked to Azov Films of Toronto and Stafford, Virginia has been affected.However, it is known that it was primarily Russian and Ukrainian children from poor families or orphanages who were preyed upon by the pedophile rings that operated without much pressure from Tymoshenko’s government. Russia under Vladimir Putin has little tolerance for pedophiles.

Operations with the code names of ORE, SANCTUARY, THUNDERER, KOALA, DELEGO, JOINT HAMMER, NEST EGG, YEWTREE, and more recently, SPADE, have all discovered links between those who possess and distribute child pornography and filming facilities in Kiev, Kharkov, Simferopol, and Camp Artek. In fact, Operation SPADE shut down the operations of Azov Films, the Toronto and Stafford company that was named after the Sea of Azov, which surrounds the Crimean peninsula.

The discovery of the heavy involvement of Ukraine under Tymoshenko in the production of child pornography comes at the same time that Operation SPADE is continuing to implicate senior members of the governments of German Chancellor Angela Merkel and British Prime Minister David Cameron.

Patrick Rock,Cameron’s chief assistant for identifying ways to combat child pornography on the Internet through the use of software filters, was recently arrested for possession of child pornography.

The fallout and links between pedophiles around the world, partly exposed by SPADE, continue to grow: 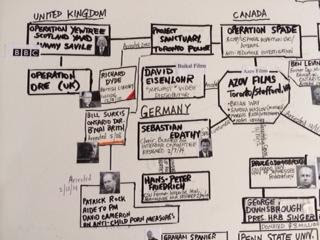 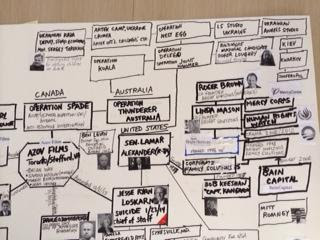 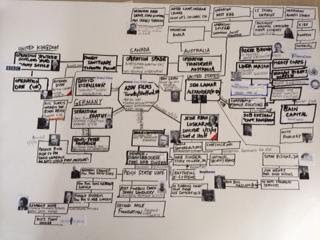