CNN Mentions Me in Article

Denver (CNN) — After covering seven presidential campaigns, you might think you have seen it all. But two firsts in Colorado on Thursday: drive-through voting and a presidential ballot with the option of voting for Roseanne Barr.

The drive-through action was in downtown Denver, part of a Colorado early voting rush that is likely to account for more than half of the ballots cast in this presidential battleground.

Just outside the Denver Elections Division headquarters, a tent is set up in the middle of the road during business hours. Instead of parking and delivering your absentee ballot inside or dropping it in a secure box at the entrance, you can stop, roll down the window and hand you ballot to an elections official who promptly drops it into a locked ballot box. 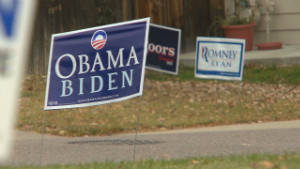 Time’s running out for undecided voters 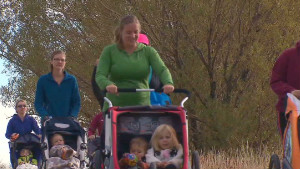 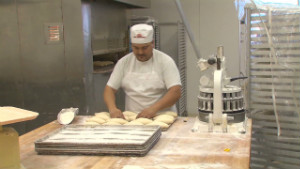 The in person early voting ends here on Friday and heading into the final hours, Republicans appeared to have a slight edge — a more than 38,000 advantage in absentee ballots returned. But there’s a big wild card: some 342,000 ballots returned by voters who are not affiliated with either party.

The early ballots are already being counted — though the results won’t be tabulated and released until immediately after the polls close on Election Day at 7 p.m. local time (9 p.m. ET).

“I have no idea where things stand,” Colorado Secretary of State Scott Gessler told CNN on Thursday after casting his ballot.

CNN visited the secure room where the counting, according to state law, begins 10 days prior to Election Day. Officials feed the ballots into the computerized scanners, under the watchful eye of observers from both the Obama and Romney campaigns.

If the scanner can’t read the ballot, it is set aside and then reviewed by a team that includes the campaign observers — counted if there is a consensus of the voter’s intent, set aside for now if it is either invalid for any reason or if there is a dispute.

Some 1.5 million ballots had already been cast by the end of the day Thursday, and Gessler predicts the 2012 election will draw between 2.4 million and 2.7 million Colorado voters.

“Everyone is on edge,” he says, because the race is so close and Colorado’s nine electoral votes so critical to the presidential campaigns.

Our new CNN-ORC International poll highlights why both President Barack Obama and Gov. Mitt Romney are due back in Colorado in the final days: 50% of likely voters favor the president; 48% the Republican challenger — well within the poll’s margin of error so a statistical tie.

Inside the polls: Obama’s slim lead comes from women, cities

The president has a nearly 30-point lead — 63%-34% — in the urban areas of Denver and Boulder. And he is running ahead by eight points in the critical Denver suburbs. But Romney is well ahead elsewhere in the state — by 55%-43% — as both campaigns focus their energy now almost exclusively on turnout operations.

A peek at the ballot handed to those coming to case early votes in person offers proof there is no shortage of choices here: there are 16 candidates for president listed on the Colorado ballot.

The major parties are listed first in alphabetical order, and the American Constitution Party has that status in the state because of the 2010 gubernatorial election. Then there are minor parties, and then those who paid the $500 it takes under Colorado law to be listed on the presidential ballot, provided you also file a list of nine electors.

Halfway down is the Peace and Freedom Party ticket of comedian Roseanne Barr and anti-war activist Cindy Sheehan.